The most common sleep disorder is obstructive sleep apnea which is a respiratory disorder characterized by shallow breathing or cessation of breathing during sleep. 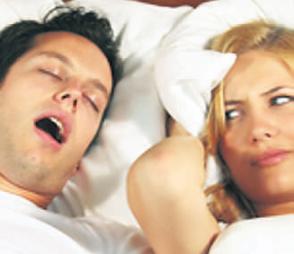 According to the National Center on Sleep Disorders, sleep disorders affect Americans of all ages, including about 25% of children between the ages of 1 and 5 years and approximately 50% of adults over the age of 65. Although it most commonly affects middle-aged and older adults, anyone can develop obstructive sleep apnea. It is estimated that as many as 18 million Americans suffer from sleep apnea, yet up to 95% of these cases go undiagnosed and untreated.

Obstructive sleep apnea is a disorder in which muscles relax during sleep, causing the soft tissue in the back of the throat to collapse and block the upper airway, momentarily cutting off breathing.

For a person with sleep apnea, breathing stops from 10 to 60 seconds at a time, and these attacks can occur up to 120 times per hour during sleep. As a result, oxygen levels in the bloodstream fall, which in turn may lead to high blood pressure, stroke, heart attack and/or abnormal heart rhythms. If breathing stops for even 5 to 10 times per hour, the health consequences may be severe.

When breathing becomes impaired, the brain responds to the lack of oxygen by arousing the body from sleep which restores normal breathing. You can awaken abruptly with a transient shortness of breath that corrects itself quickly. You may also make a snorting, choking or gasping sound upon awakening. This pattern can repeat itself five to 30 times or more each hour, all night long. As a result of these disruptions, your ability to reach the desired deep, restful phases of sleep is impaired, leading to excessive daytime sleepiness.
Other signs and symptoms of obstructive sleep apnea may include awakening with a dry mouth or a sore throat, morning headache, or becoming drowsy or falling asleep while driving.

Anyone can develop obstructive sleep apnea. However, certain factors put you at increased risk, including:

Persons most likely to develop sleep apnea include those who snore loudly and are overweight, have high blood pressure, or have a physical abnormality of the nose, throat or other parts of the upper airway.

Obstructive sleep apnea is considered a serious medical condition. Complications may include:

There are several ways to treat sleep apnea including CPAP therapy which utilizes a CPAP device to keep the airway open or oral appliance therapy which involves the use of an oral appliance to thrust the jaw forward during sleep. Certain lifestyle and behavioral changes, as for example, weight loss, may also alleviate the condition as well as surgery.

For more information or to schedule an appointment, please call one of our offices or fill out an online request for an appointment.